After further Analysis of the alignment of the flap hinge attached to the skin, we realized that we can just adjust the teeth of the hinge.  The adjustments were very small, then we tested attaching the right flap.  We went through few trials, until we got to the desired results, the pin can easily flow between the 2 parts of the hinge.  The flap was attached and the motion is pretty smooth. The wing looks complete, only couple items remaining.

I riveted the flap to the right wing, which went great.  It is great to see both the flap and aileron on and rotating.

Then I moved to the left wing.  For this one, I had to redo the hinge, since the holes in the previous hinge did not end up having edge distance. After redoing all the drilling, deburring and dimpling, I was finally able to rivet the hinge.  However this hinge did not end up being perfectly straight, because of some enlarged holes for which there was no access to enlarge the countersink.  So, I waiting to hear from Vans about this one:

I centered the ailerons by creating a jig to set the ailerons at the neutral position.  Then, I torqued to setting all the aileron bolts once it is set at neutral. Afterwards, I attached the flaps while making sure that the trailing edge of the aileron and flap align.  Afterward I drilled the skin to the brace and flap hinge, in the pre set flap position.  After deburing, I dimpled the skin and countersink the brace. Now, the flap hinge is ready to be riveted to the bottom skin. 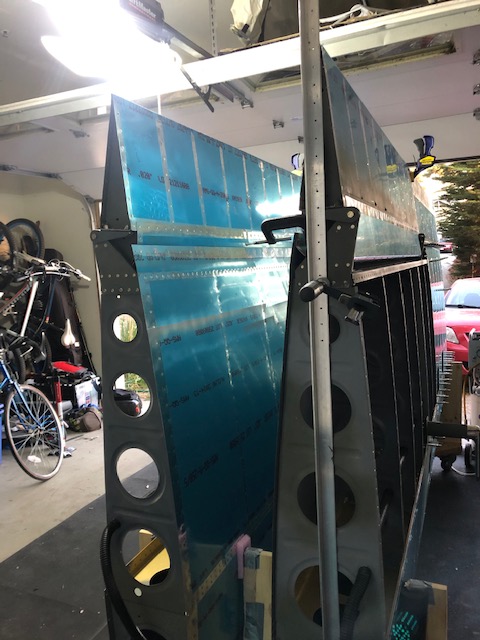 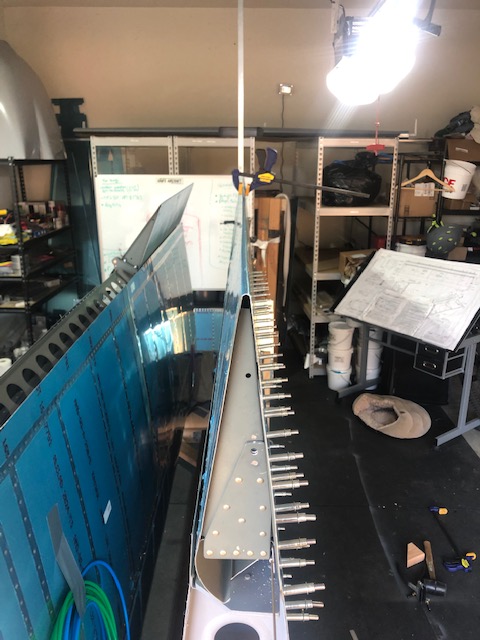 We rivets the flap and aileron braces for both the left and right wings. Then we attached the aileron for both wings.  The aileron move pretty smoothly and have a good range of motion. 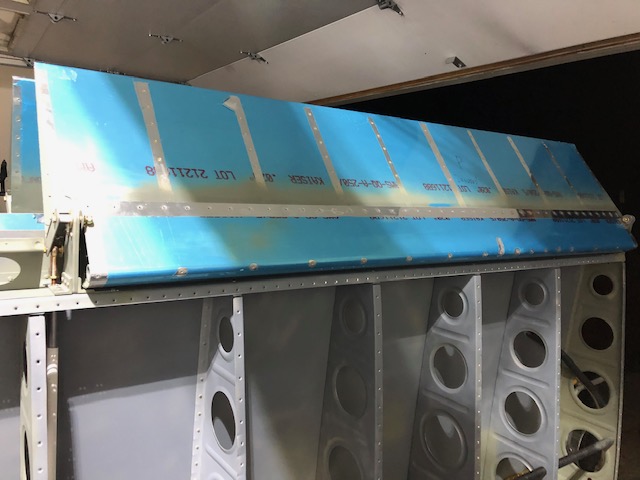 We made some great progress with the flap and aileron attachment: 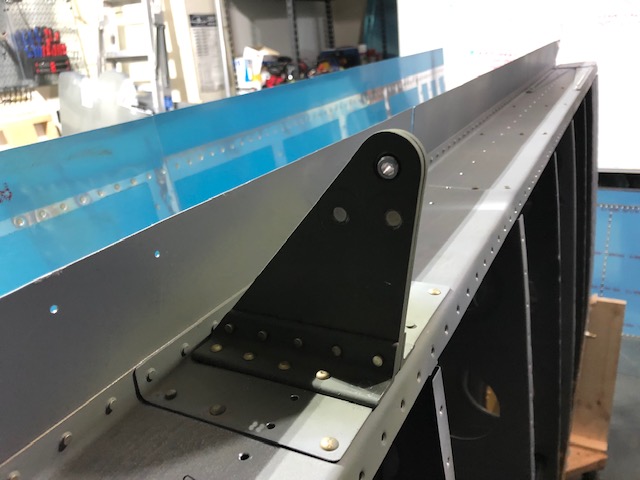 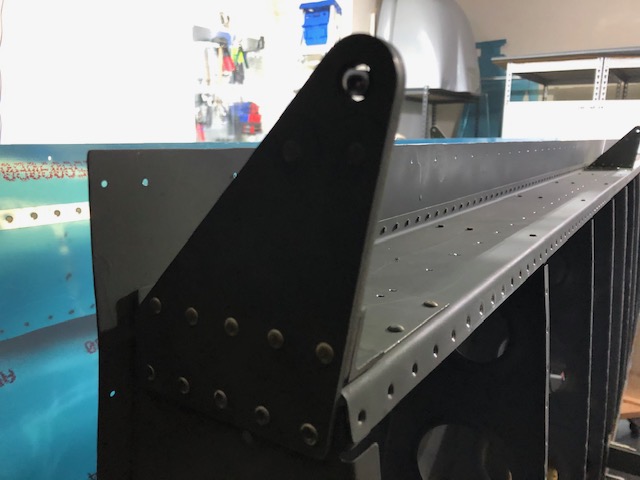 Then we moved to the aileron and flap fairings 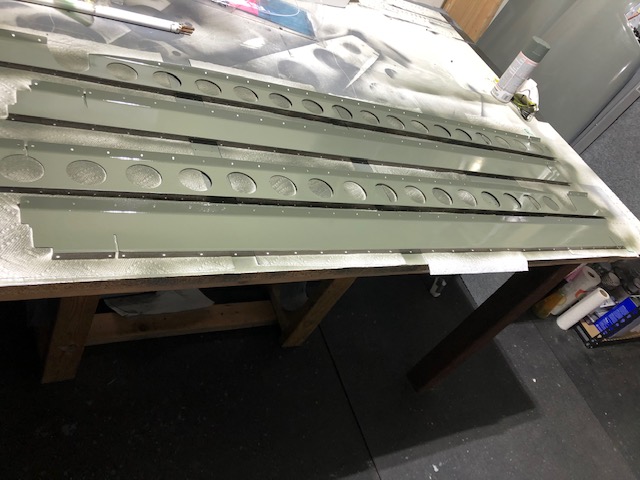 We tackled all the flap riveting for all parts for both the left and the right flap over the weekend.  It was a bit tricky to rivet the ribs to the top skin, but we were able to go through it.  The final results look great. 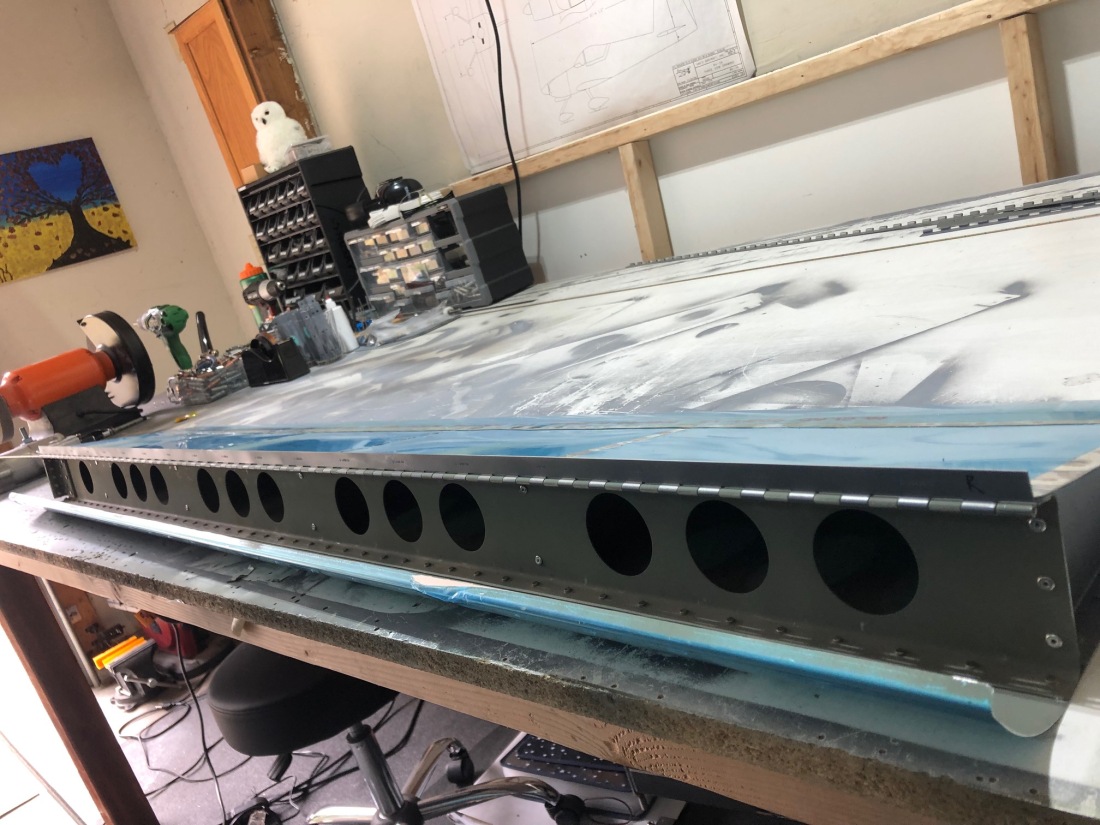 I continued on with the prep of both the left and the right flaps: 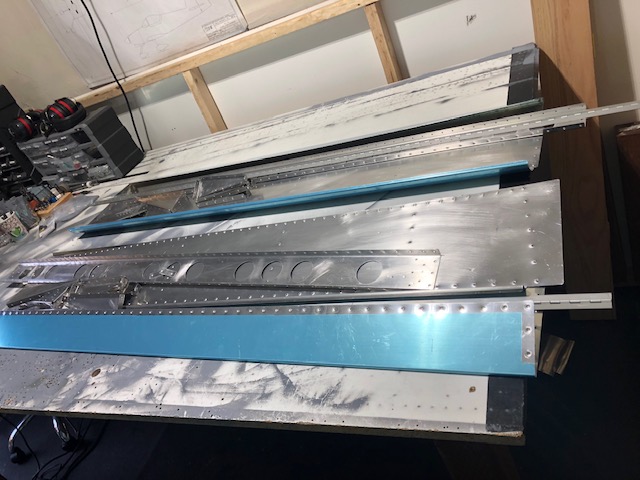 The flaps are ready to be riveted.

I got started on the flaps, the last big part of the wings.  The flaps look straight forward and the preparation is going pretty smoothly:

The flaps are looking good: