I continued on the prep for the wing riveting.  So, I finish all the pitot/AoA probe wiring: 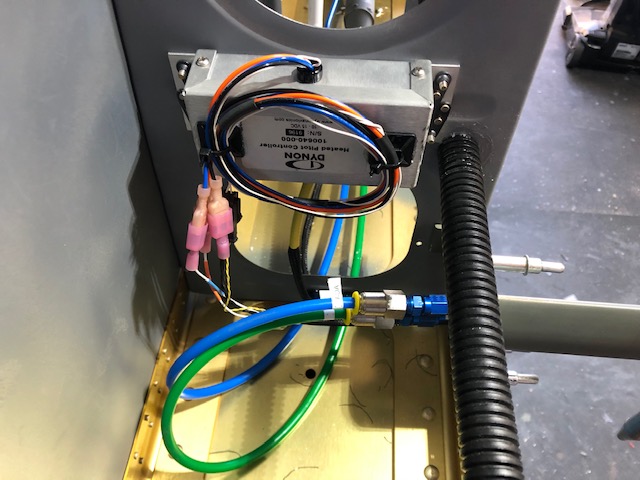 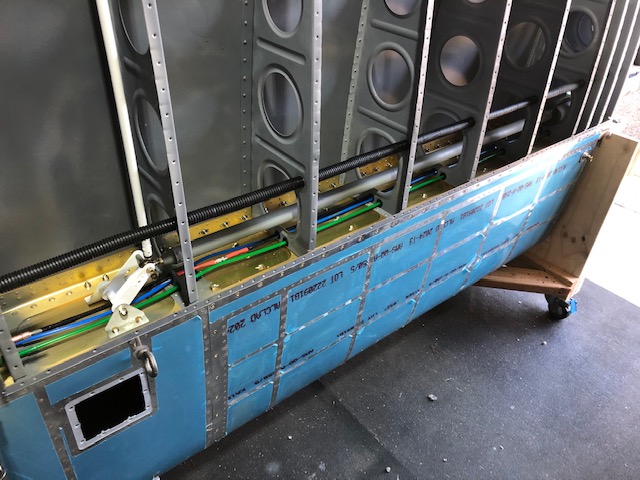 I also looked into attaching the pitot probe to the must with screw, but I had some trouble with tapping the holes.  I am consulting with Dynon on that, and my current plan is to fill those holes with JB weld and to make new ones.

We need to finish all the small details inside the wing in order to rivet the bottom skins and finish the wings. 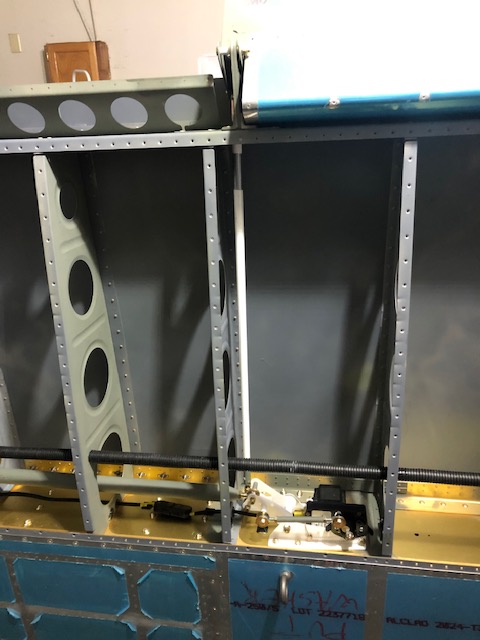 Overall, we are pretty close to finishing up all the small internal details of the wings, and move on to riveting the bottom skins.

As well, I worked on to the bellcrank assembly.  I received the bell crank bushing, so I had all the parts. I had to disassemble the tiedown in order to fit the bushing in.  Then I installed all the parts of the bellcrank and tightened everything to the torque settings, for both the left and right wings.

Following is the left bellcrank assembly with the pitot and AoA tubes and heat control wiring passing under the bellcrank.

Next, I primed all the roll control tubing, from both inside and outside. 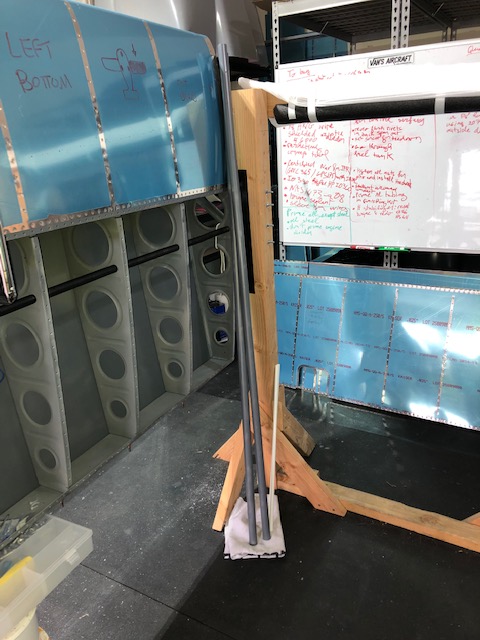 For the roll servo, I finally received the crimping tool, so I crimped all the connections. 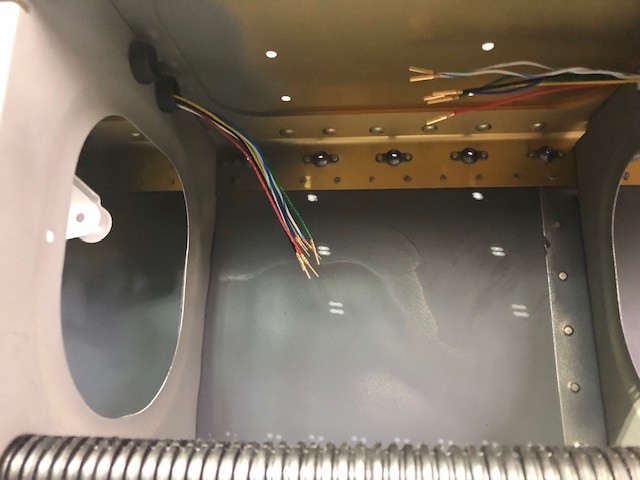 I continued on the installation of the roll servo and tie down.  First I attached the tie down to both the left and right wing, with all new hardware, setting all the torques correctly with the new torque wrench.  Then I installed the roll servo into the right wing.  Afterwards, I moved on to attaching the bellcranck, and I discovered that Vans forgot to ship me the bell crank bushings, so I ordered them. Then I moved on to the wiring, but I did not have the proper crimping tool, so I ordered one. 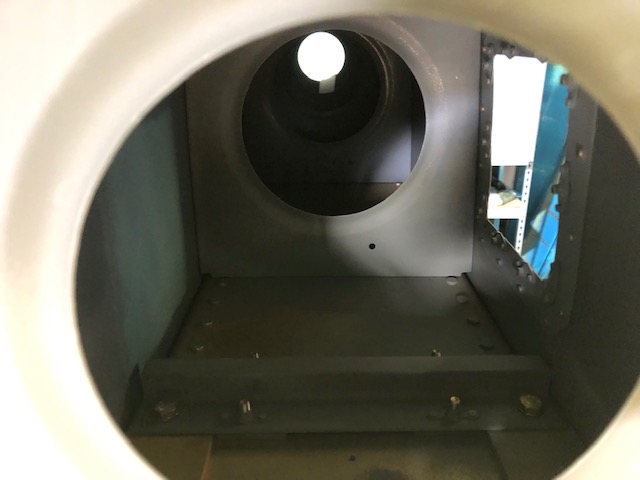 To get started in the roll servo, I needed to first fix the tie down assembly that was over torqued.  So, I removed the tie down for both the left and the right wings, removed all the platenuts by removing all the rivets.  Then riveted new plate nuts. Then primed. Afterwards, I will be re-attaching the tiedown with new hardware.

Then I moved on to the assembly of the roll servo.  I decided to attach the limiting bracket, to ensure that the servo will never get into the null space, which will cause loss of roll authority. Then I assembled the rest of the hardware, which went pretty smoothly.  Next is to attach the roll servo with the tie-down into the wings.

I finalized by decision on the avionics and decide to go with Dynon. So, I got all the part for the wing: heated pitot probe with AoA, servo for aileron and magnetometer.

Then, I mounted the pitot tube mast into the wing by cutting out the mast slot in the wing skin, and drilling the attachment holes in the mast and the wing skin. As well, I drilled the bracket that attaches the mast to the rib and the skin to support the required loads. 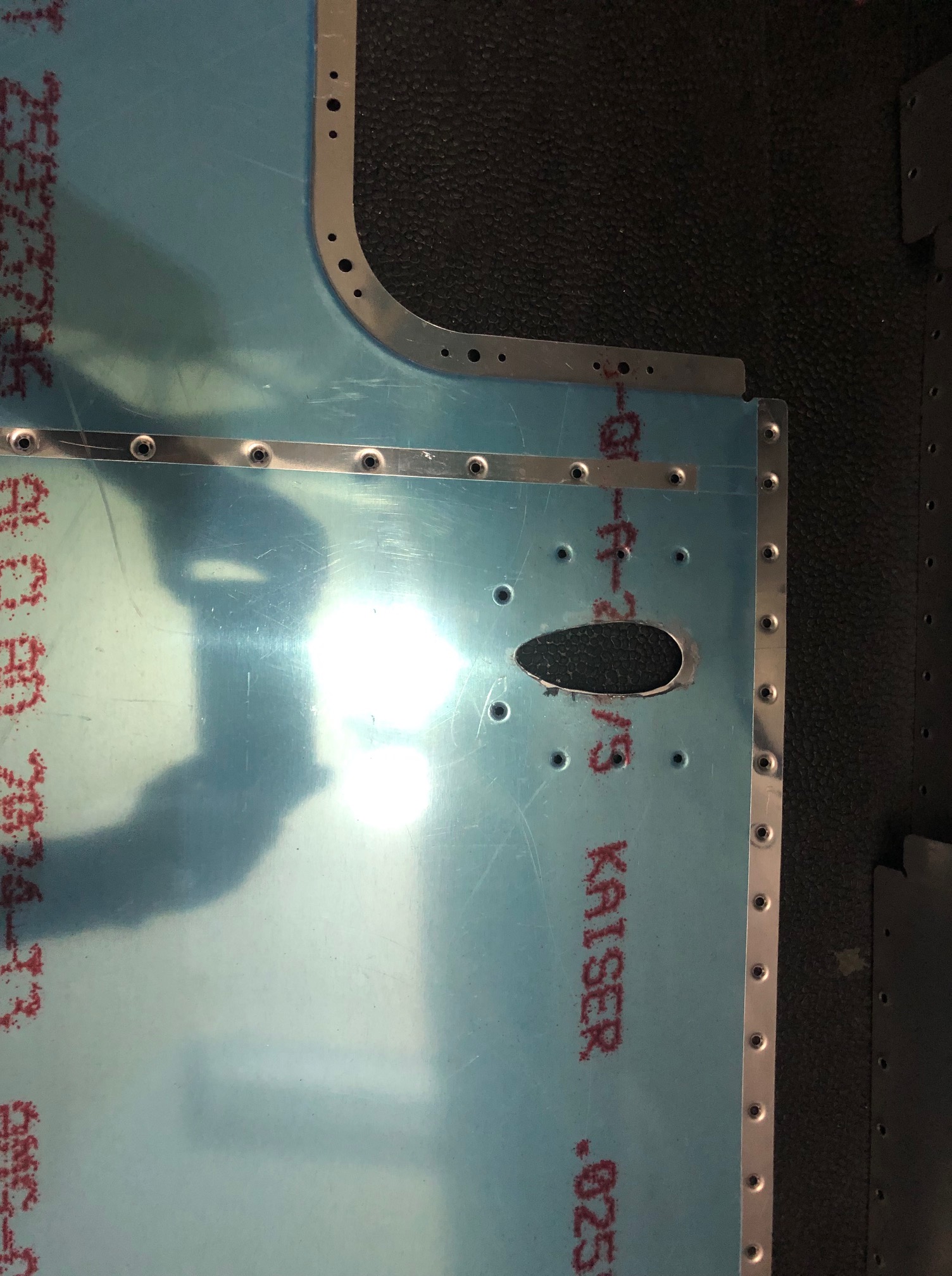 Then I installed the pitot probe, which fits pretty well into the mast.  I drilled 4 holes for #6-32 screws to attached the the pitot to the mast.

As well, I attached the pitot heat controller into the rib, right under the pitot tube, so that I don’t need to add any extension to the wires.  The wires provided were more than plenty to reach between the pitot and the controller.

Then  I moved on to the plumbing: 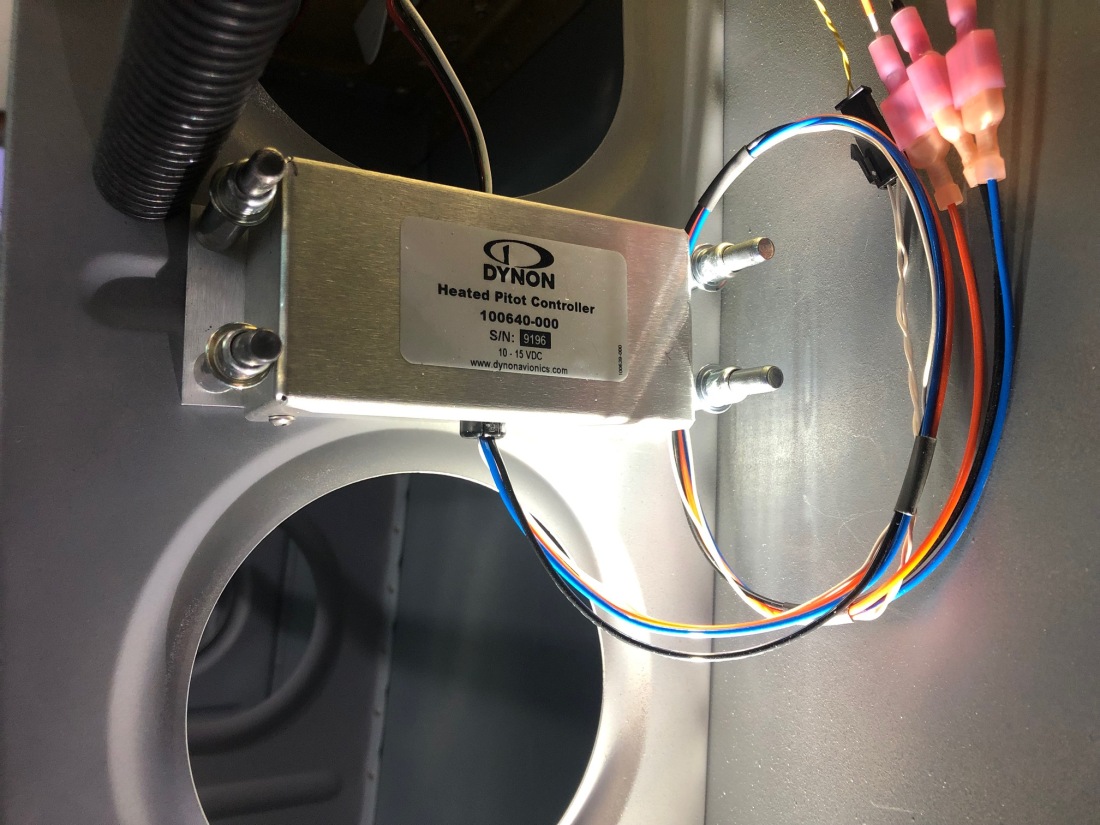 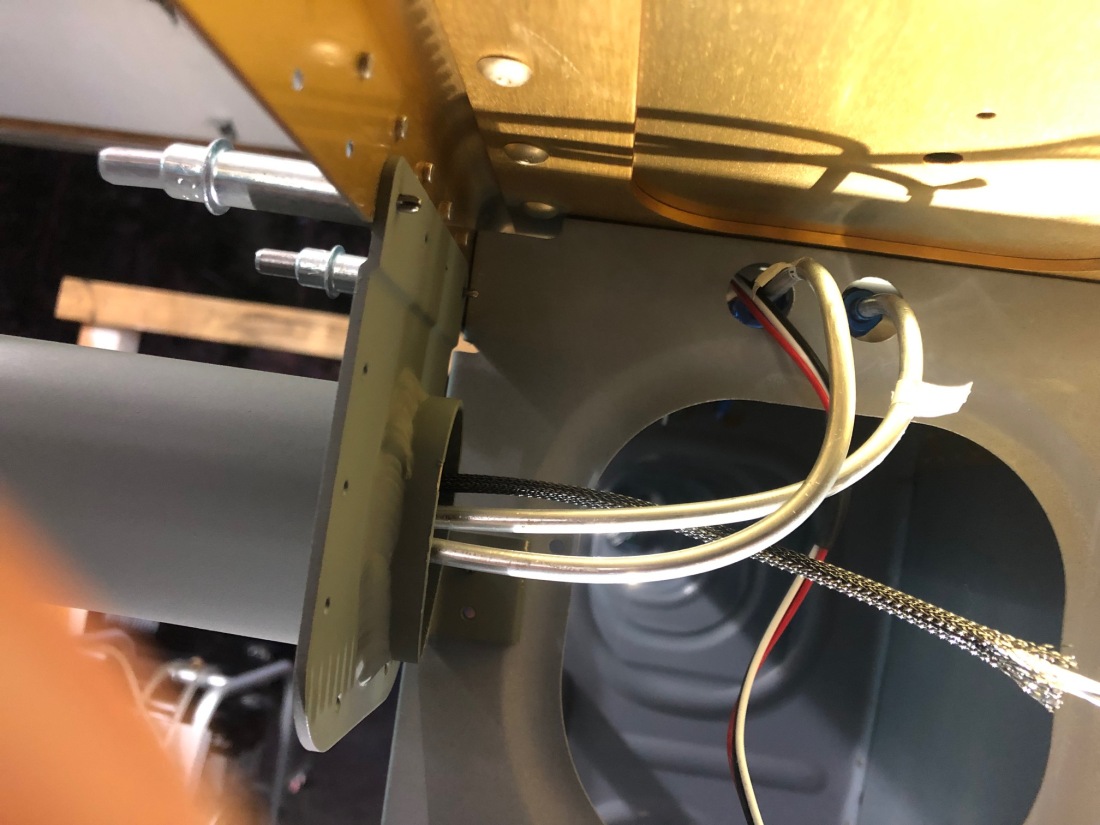 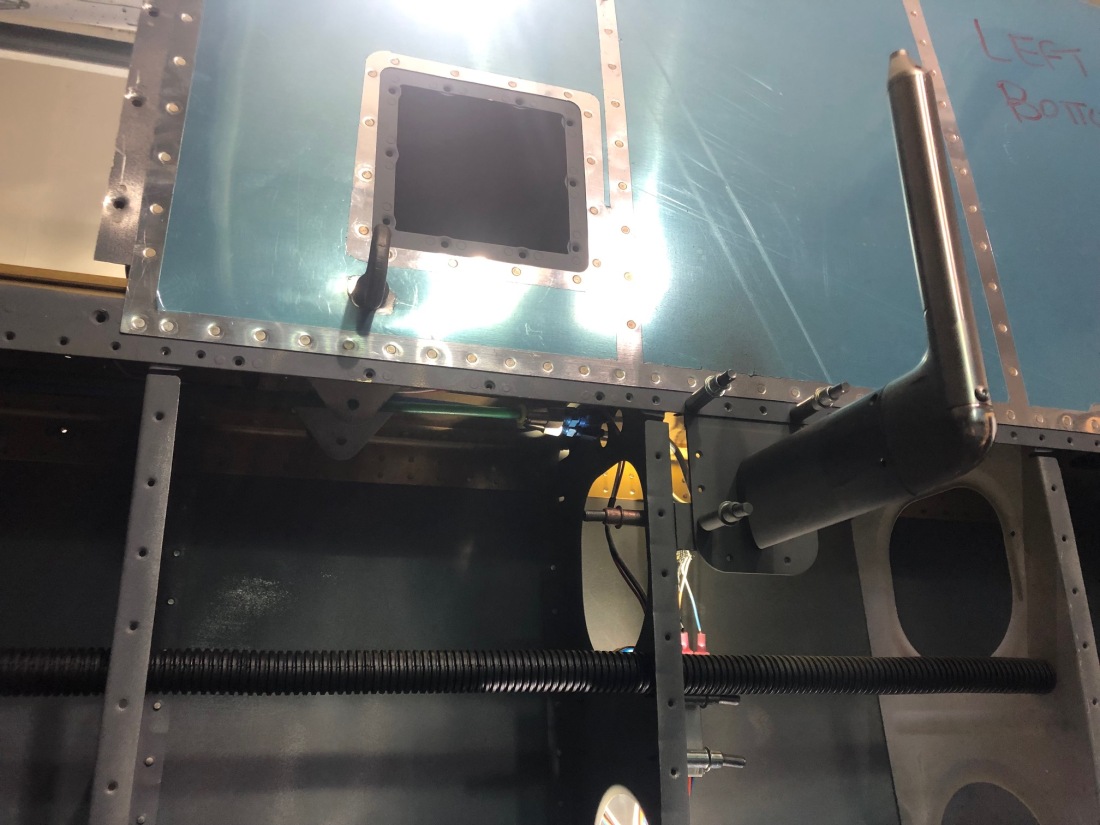